Let’s face it, the barking of a dog can get out of hand. This is why it’s important to know what you’ll potentially be dealing with once you get that dog you like to have as a pet. Or maybe you have a dog that neighbours complain is a little too loud for their comfort – what do you do about it? In this article, we’ll look at bull terriers and how they perform on the bark scale.

Do bull terriers bark a lot?

No, bull terriers do not bark a lot. However, they may be a few outliers; some bull terriers may bark excessively because something in their environment triggers them or they develop a habit of barking unnecessarily. To avoid the latter, it is wise to train your bull terrier out of that nasty habit when he or she is young. But when your bull terrier suddenly starts barking out of the blue, it is good to have a look for the trigger because it may be an honest and useful warning your bull terrier is giving.

When it comes to barking, it’s important to remember that it’s a natural behavior among dogs. It may actually be strange to find a dog that never barks, not even once, but I digress.

The point I’d like to make is that dealing with a loud bull terrier requires that you start with understanding.

So, let’s get to understand some of the possible causes of excessive barking.

Why a Bull Terrier may bark too much

Sometimes, the environment in which the bull terrier is living or has lived in the past may be the source of his or her incessant barking.

Being among dogs that bark a lot may prompt a bull terrier to return the noises and after a while, a habit may develop.

It’s easy for dogs to pick up bad habits from their fellow dogs, so it’s important to stay on top of things by training your bull terrier the proper habits.

Bull terriers may bark because of the separation anxiety of being left alone. Sometimes, being kept in the pen for some chill time may be enough to set off some bull terriers. They may continue to bark for your attention even though you ignore it.

Some bull terriers may show their aggressive side to strangers by barking a lot. Either that or they are giving a cordial hello that is not so pleasant-sounding to our human ears.

In some situations, something that trespasses the territory of the bull terrier may get a few barks too –as a warning to keep out of the space. For example, birds may get this treatment once in a while.

4. Barking to raise an alarm

Even quiet bull terriers may give the occasional bark to alert you to startling events in their vicinity. This is not necessarily a bad thing because this kind of barking may be useful in the long run.

Some bull terriers may bark incessantly as a way to deal with boredom. Bull terriers are known to be very active dogs with a lot of fuel to burn, so to speak. In addition, young bull terriers tend to be a bit unruly when it comes to excitable activities.

Knowing the causes of barking may be a good starting point when trying to bring this habit under control. Below, we’ll look at some of the remedies that you can use to achieve that.

Fun Fact: Origins of the Bull-Terrier

The bull-terrier is a fighter! Literally. According to the American Kennel Club, bull-terriers emerged in 1800s England. In underground dog-fighting clubs, the ferocious bulldog was a favorite. However, the Bulldogs were too slow – not very entertaining in fights.

Meanwhile, terriers were known to be a fiery and animated breed. Therefore, the bulldogs were crossbred with terriers to give bull-terriers in the 1830s.

However, pit fighting was outlawed even in underground clubs. Thankfully, bull terriers became fashionable among young gentlemen. Over time, bull terriers have been refined to be mellower than their earlier ancestors.

Bull terriers joined the American Kennel Club in 1885 and have been popular in America ever since. The first modern bull-terrier was called “Lord Gladiator” – now that’s a cool name!

What to do about a Bull Terrier that barks a lot

First off, let’s look at what NOT to do about a bull terrier that barks a lot. We do not, under any circumstances, recommend punishment as a way to correct bad habits.

For instance, with those punishment methods, you’re likely to condition the bull terrier to timidly repress their emotions and feelings, even if you succeed at controlling the barking. On the other hand, you may exacerbate the barking.

By the same token, shouting at bull terriers to stop barking is counter-intuitive because this seems to encourage them to continue barking.

In short, let’s steer clear of these nasty methods. Here are some good alternatives to consider:

1. Get to understand the cause of the barking

It will be helpful in the long run to get in sync with your bull terrier.

Some bull terriers may bark because they need some food or playtime. Therefore, it is useful to look beyond the annoyance of barking and try to understand your bullie.

If you notice that the reasons above may explain the barking, here are a few ideas on how to deal with it:

The way to deal with a bull terrier that barks when left alone is to increase human contact as much as possible. That does not mean you give up your life and become a lifelong companion.

You can consider letting family members or friends chill with the bull terrier at moments in which you’re out – if they’re up for it.

Alternatively, you can consider doggie daycare or dog walking services. In this case, ensure that you do your research and find out how the professionals treat the dogs under their care.

Socializing the bull terrier in a dog park may help to deal with incessant barking at strangers. Being around other dogs may cue your bull terriers to normal ways of acting around people, and dog parks are great for that.

But what about visitors to the home? In this case, it may be good to invest in some effective training techniques that socialize the dog into acceptable manners around new faces. Generally, puppies may bark unnecessarily at strangers but with effective training, they will grow out of this habit.

For a bored bullie, the barking may just be a way to fill the time. It may also be a way to pull some attention and excitement his way.

Therefore, you can try to encourage playtime of different kinds as an alternative to barking.

Toys and fun activities such as playing fetch may be just what the doctor ordered. Granted, you can eradicate boredom entirely, but at least you can tire out the bullie with play or keep him or her too busy to notice the moments pass by.

iv. Barking to raise an alarm

As mentioned above, barking to raise an alarm is not a bad thing. However, when your bull terrier realizes that you cater to his or her every whim after barking, it may be the beginning of a tough relationship.

To keep this habit of barking for alarm under control, you can avoid appearing to give in to the barking. For example, you can ignore the barking or leave the room when he or she is barking.

Once the barking has calmed down, you can return and check out what was the issue. Perhaps the water can was not filled, fill it.  That way, while the barking is effective for alerting you to an issue, the dog does not exactly relate the performance to the barking.

Rewarding good behavior and ignoring bad behavior is a good training strategy that works for stopping most bad habits in dogs.

When it comes to controlling barking, the strategy may be a bit tricky though – because you do not want to reward the bull terrier as soon as he or she stops barking, otherwise, he or she will read it as a reward for barking.

So, it may be useful to wait a little while after the dog has complied and calmed down.

Or, better yet, you can try to direct him or her to some other activity such as playing with a toy or ringing a bell. So that once he or she does that, then you can reward him.

Over time, he or she may try to get to that activity faster in order to get the reward, hence reducing the barking.

Getting the services of a good training professional, if you can afford it, may help the puppy grow into an adult with the barking kept in check.

With individual training sessions, you up the odds of improving the bullie’s behavior and you can pick the trainer’s brain for tips that can help with training the bullie for other habits or tricks in the future.

How do I get my bull terrier to stop barking?

You can get your bull terrier to stop barking by practicing good training methods using positive reinforcements rather than negative reinforcements that are harmful such as punishment shock collars or spray guns. Rewarding your bull terrier when he or she has calmed down and ignoring or leaving him or her when he or she does unnecessary barking is a good training strategy.

Yes, bull terriers are good pets. Bull terriers are very energetic but sweet-natured. They make good companions, especially for daily jogs or walks around your neighborhood – they keep up. Outside of the occasional dog toys, they are also pretty low maintenance. With good socialization, bull terriers make good family pets.

Do bull terriers bark a lot: In conclusion, bull terriers are good companions. They are not known to bark a lot as compared to other breeds such as beagles and Chihuahuas.

However, I have read enough comments to know that not all bull terriers can keep quiet all the time. Dealing with an unusually loud bull terrier should start with an understanding that barking is a natural activity for all dogs.

In the end, stopping the barking comes down to good training. It is ideal to start with them when they are young instead of trying to train them when they’re adults and mature.

Keep in mind that bull terriers may take their time before they learn to adopt a good habit and abandon a bad one. So, be patient with them when they are learning the ropes of acceptable human-dog communication. 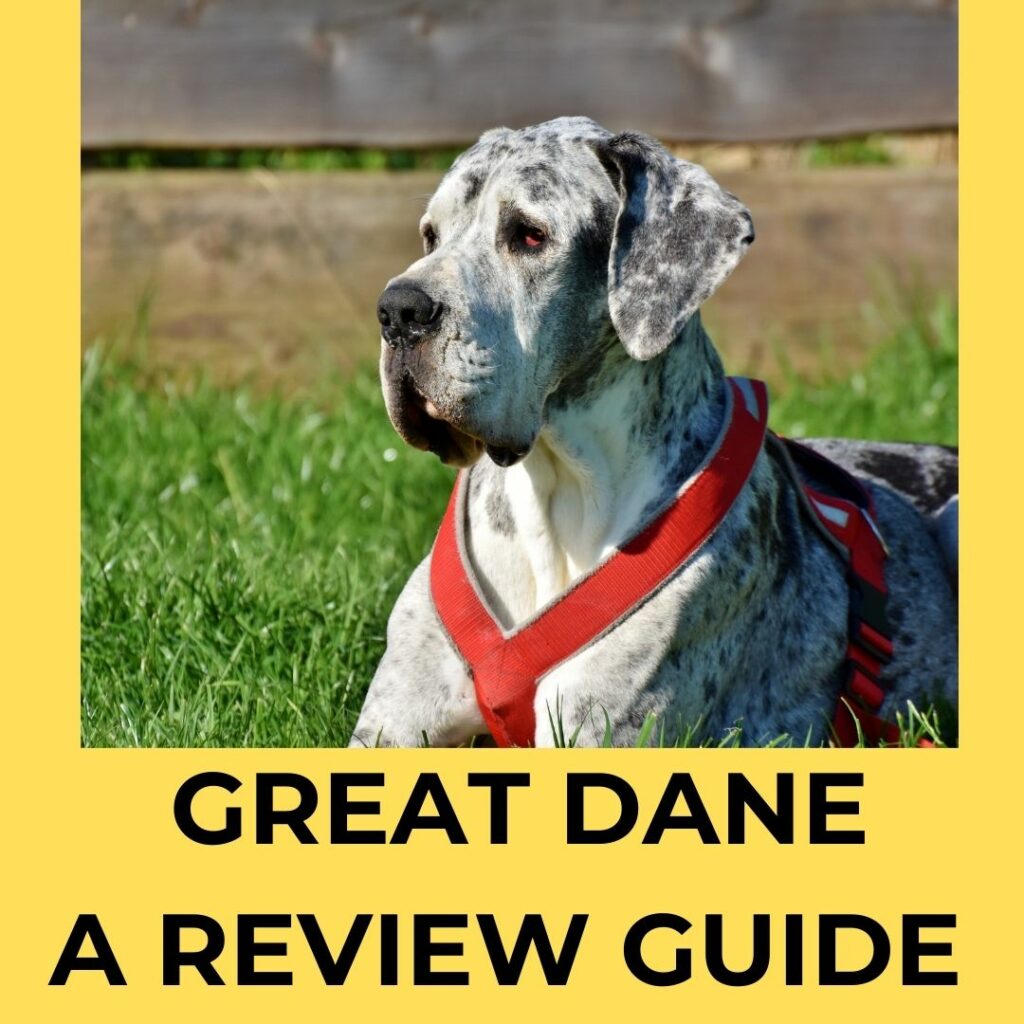